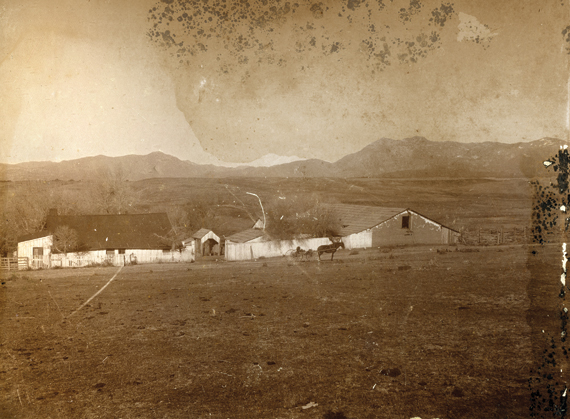 Built in 1857 by Vincenta Carrillo, a prominent early Californio woman rancher, the adobe known as the Ranch House at Warner’s served as the Butterfield Stage Stop from 1858 until the beginning of the Civil War in 1861. As California’s first regular overland transcontinental stage connection with St. Louis, this pioneering stage route ran along the Missouri Trail. The trail was the most southerly and only all-weather route to California. Built directly beside the emigrant trail, it figured prominently in the settlers’ diaries as their first glimpse of the promised land, the first well watered valley to be encountered after crossing the great southwestern deserts. The historic setting has changed very little from the time of the great western migration and presents a rare opportunity to experience the past.

“Warner’s Ranch is a comfortable house situated in the valley, in the midst of a beautiful meadow, and with its shingled roof looked more like civilization than anything I had seen for many days. There were hundreds of cattle grazing on the plain, and everything looked as comfortable as every natural advantage could secure.” – Waterman L. Ormsby, correspondent for the New York Herald, 1858

The adobe maintains a high degree of integrity including a great deal of its historic fabric including the original fireplace mantle, much woodwork and vigas (ceiling beams).

The ranch house plays a leading role in the history of the American West. It represents Mexican and American culture contact during the Mexican Republic; the Frontier period of the westward migration; and the Gold Rush and the cattle ranching industry from 19th century Californio to 20th century to today.

Its importance as the southern emigrant overland trail and Butterfield Stage Station cannot be overstated and it is for this significance that it was designated as a National Historic Landmark in 1962.

It still sits in the midst of a huge expanse of open space, a setting virtually unchanged from the mid 19th century. Located on San Felipe Road (State Highway S2) a half mile east of Highway 79 in the Warner Springs area and owned by the Vista Irrigation District (VID), the surrounding land is still used for cattle ranching.

“The Spring Round Up – Scene of Great Activity on the Warner Ranch. The Warner Ranch Company has just closed its spring round up. It has lasted four or five days and about thirty vaqueros engaged. It was one of those occasions becoming quite rare in California owing to the cutting up of cattle ranges into farms and town sites.” – San Diego Union, 1898

In 2000 after the site was first listed by SOHO as the “most important unprotected historical site in San Diego County,” a $75,000 matching grant through the San Diego Foundation was offered by an anonymous donor who cited SOHO’s listing as the catalyst for the donation, which the Vista Irrigation District was able to match. The VID then embarked on a campaign to raise an additional approximately $300,000 to fully restore the site. In 2010 the VID pursued and won a California Cultural and Historical Endowment (CCHE) grant, which was also a grant that the VID matched. This enabled the restoration to be done and today this hugely important piece of American history has been saved.

The CCHE grant came with the requirement that the site be open to the public and operated by an organization capable of handling a museum operation. After a decade of endangered status and working closely with VID, historians and grant writers, it was natural that the VID would ask SOHO to operate the site.

We are honored and thrilled to be able to do so and to tell the story of the emigrant trail, trading post, the overland stage, the all-important water story and the prominent ranching history that this site with its multilayered history has to tell. That’s a lot of story for one site but we will endeavor to do it well.

Staffing the site will be logistically a little harder, but we feel confident that people will jump at the chance to work at such a nationally significant historic site such as this. If you are interested in being a volunteer docent please contact us. Initially, we will be open Saturdays and Sundays, with a grand opening to be announced soon. 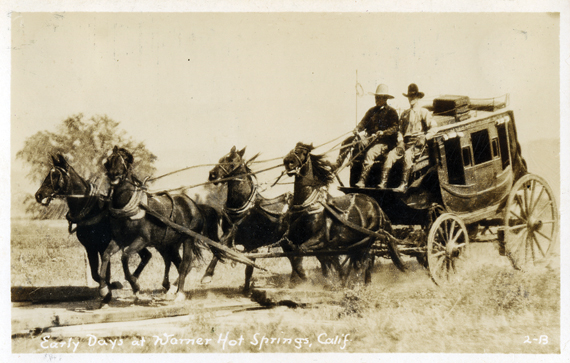