Jacumba Airport was acquired from the federal government in 1953. The airport is unattended and unlighted. It is used mainly as an operation area for gliders, especially on weekends.

Flying over, or driving by on Interstate 8, you might miss tiny Jacumba. But hundreds of soaring enthusiasts know the airport and some even know where the town is. However, few people know what Jacumba is all about.

On weekends you’ll find sail planes being towed aloft to catch the thermals, with pilots who savor the solitude and challenge of powerless flight. During the week the airport is quiet, inhabited by hawks and their prey.

The town itself has a history. Today some 400 people live in Jacumba. What now appears a quiet high desert retreat was once a thriving spa. In the 1920s and ‘30s the community thrived, its therapeutic hot springs a mecca for Hollywood celebrities and wealthy Imperial Valley growers. Clark Gable is said to have made Jacumba famous by frequenting its spa.

Old U.S. Highway 80 bisects the town which is about three miles west of the airport. There are several stores including a market and gift shop. The landmark Jacumba Hotel was destroyed by a fire and was torn down in 1991. But walking through town on a sunny day you get the sense of history. The old buildings, tumbleweeds and dry air give the imagination room to wander, to sense what was. 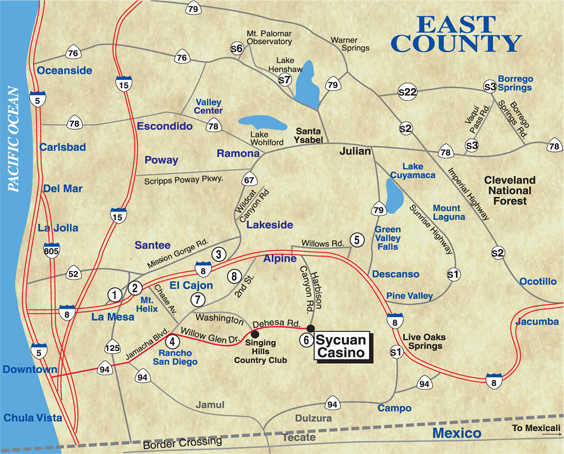